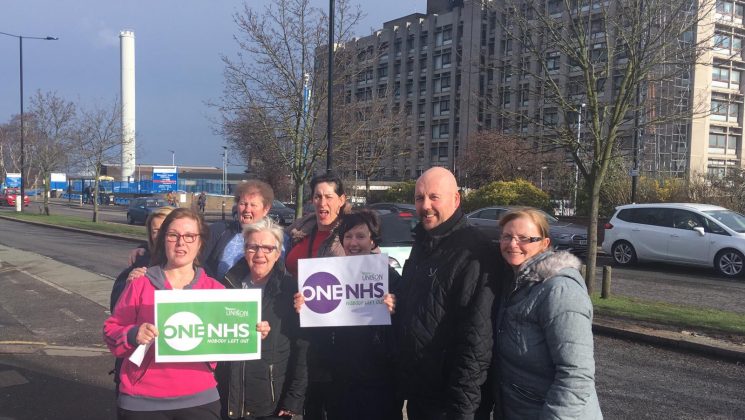 Around 60 catering staff at Doncaster and Bassetlaw NHS Foundation Trust are being balloted on whether to take industrial action over pay.

The staff, predominantly women, are angry that they will not receive a nationally agreed pay award for NHS staff.

Their jobs were transferred to a private company, Sodexo in January 2017 and the company is refusing to pay the award – costing UNISON members around £1,000 a year.

UNISON Regional Organiser Sue Cookman said: “It is outrageous that dedicated health workers are being forced into industrial action for a pay rise they are entitled to and deserve.

“Sodexo has already agreed to pay the award to workers in other parts of the country but are refusing to negotiate with UNISON on the issue.

“These members, who earn between £17,000 – 18,000 a year – have been forced to a ballot because the company simply refuses to speak to us constructively

“We raised this issue 8 months ago with Sodexo but there has been no movement to resolve the issue.

“This is a company that last year made almost £1 billion in profits yet they refuse to meet their basic responsibilities to staff.

“UNISON has also raised this with the government, urging them to put pressure on the company to pay the nationally agreed pay award.

“But we have received no support from them and we are now left with no alternative but to ballot our members for industrial action.”

Ballot papers are now being sent out to members and the result is expected before the end of the month.