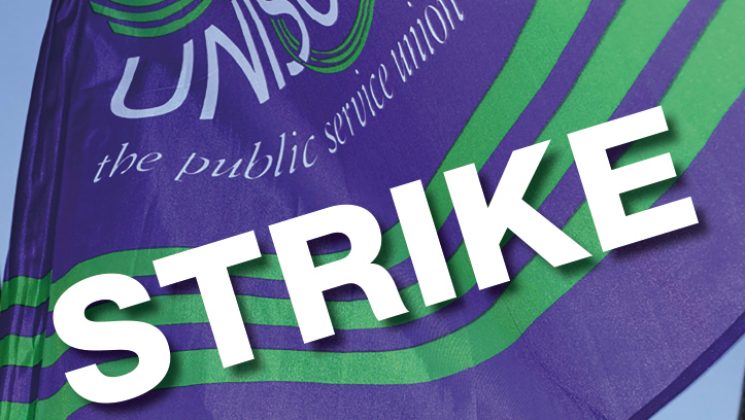 Low paid catering workers at Doncaster and Bassetlaw Teaching hospitals NHS foundation trust are to take strike action in a dispute over pay. Their employer Sodexo is refusing to grant them the pay rise paid to other NHS workers.

Sodexo – a multimillion pound organisation are refusing to budge an inch.

This government has failed to properly fund services like catering and cleaning and many other privatised services in an attempt to cut the pay bill.

This only leads to a rush to the door as experienced and values workers leave in order to work for those NHS institutions which honour the pay rise, proving once again the sheer folly of privatising our public services. UNISON has been told that Doncaster and Bassetlaw governors were assured that catering workers would be receiving NHS pay when they took the decision to privatise the service. Those assurances seem empty now.

Sodexo want to have their cake and eat it! They say that each contract stands on its own and refuse to dip into their billion pounds worth of profit to pay staff delivering NHS services, but in the same breath they propose bringing in human resurces in the form of Sodexo staff from other contracts in other areas of the country to try and break the strike.

These low paid members are striking as a last resort, Sodexo have up until this week refused to honour a national agreement and talk to UNISON locally, and when at last they have spoken to us their opening salvo was to state clearly that Sodexo’s position remained unchanged and they will not pay these low paid workers fairly.

UNISON believes it will cost Sodexo as much in loss of profit and paying to break the strike as it would to pay its staff their pay rise.

UNISON calls of the government, Sodexo and Doncaster and Bassetlaw trust to resolve this situation and make sure these workers are paid fairly.

The Strike begins on Wednesday May 1st and so far strike dates are planned throughout May.

Strike dates for your diary

UNISON members are taking strike action on the following days.

Musician and political activist Joe Solo has written a song dedicated to the strikers who are asking the public to boycott Sodexo during the strike.

NHS workers in Doncaster and Bassetlaw are to be balloted by UNISON on industrial action
WE WON! Pay rise victory for Sodexo strikers